Commentary by Philip Fearnside on 20 September 2017

The term “controversial” is inadequate to describe the São Manoel Dam.

It is located only 700 m from the Kayabí Indigenous Land and has already provoked a series of confrontations with the indigenous people.

As with other dams, São Manoel can be expected to negatively affect the fish and turtles that are vital food sources for the Kayabí, Munduruku and Apiacá indigenous groups.
This post is a commentary. The views expressed are those of the author.

The term “controversial” is inadequate to describe the São Manoel Dam. It is located only 700 m from the Kayabí Indigenous Land and has already provoked a series of confrontations with the indigenous people (see here, here, here and here). As with other dams, São Manoel can be expected to negatively affect the fish and turtles that are vital food sources for the Kayabí, Munduruku and Apiacá indigenous groups. It also destroys sacred sites, as well as gravesites and archaeological locations that are revered by the group, among many other impacts.

São Manoel is on the Teles Pires River in Brazil’s state of Mato Grosso. It is one of the 43 existing or planned “large” (> 30 MW installed capacity) dams in the Tapajós Basin (see here). The dam received its operating license on 5 September 2017, signed by the head (“president”) of IBAMA (Brazilian Institute of the Environment and Renewable Natural Resources), which is the federal agency responsible for environmental licensing. This will allow the reservoir to be filled. The head of IBAMA overrode the formal technical opinion (parecer) of the agency’s licensing department, which concluded that “The absence of data that have been requested, and the noncompliance with demands made in several technical opinions issued by IBAMA that are identified here, impedes the present analysis from visualizing the true magnitude of the environmental impacts …. Therefore, the present technical opinion will not present suggestions for preconditions for the operating license so long as there are unfulfilled requirements for information …” 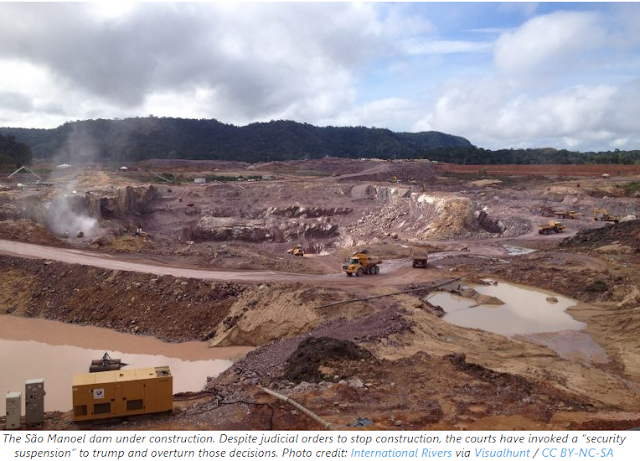 “Preconditions” (condicionantes) are a relatively recent invention to streamline (i.e., weaken) the licensing system. They refer to requirements specified in the licenses that are supposed to be met before the next step in the licensing process is approved, or at least this was the way the term was used up until the recent past. Preconditions were not originally part of Brazil’s environmental-licensing system: from the advent of the system in 1986 until 2002, demands from IBAMA had to be met before the next in the series of three licenses (preliminary, installation and operation) was granted. Then, beginning with the Workers’ Party presidential administrations, the granting of licenses with attached lists of preconditions rapidly became the norm in order to allow infrastructure developments to proceed without waiting to satisfy the requirements for each step. The Madeira River dams were first to be allowed to go to completion with preconditions still unmet, but the notorious Belo Monte Dam, whose reservoir was filled in 2015, elevated this loophole to new heights, and history there has shown that little is done to make good on the preconditions once the final license is granted.

The Environmental Impact Study (EIA) for São Manoel has a long, long list of inadequacies. The 133-page IBAMA technical opinion recommending against approval of the operating license is a testament to these problems. The treatment of impacts on indigenous peoples, which is the most dramatic impact, is relegated to an appendix rather than being included as part of the main report. This also occurred with the São Luiz do Tapajós Dam in 2014 (see here). The São Manoel Dam consortium kept essentially none of its promises regarding the “indigenous component,” including the involvement of the indigenous groups and the time schedule for preparing the document. Relations with the impacted groups were not improved by the 2012 killing of Adenilson Kirixi Munduruku when the Federal Police invaded a Kayabi village (see here and here), nor when the Sete Quedas rapids (the most sacred site of the affected groups) was dynamited in 2013 to make way for the Teles Pires Dam, 40 km upstream of São Manoel. São Manoel’s RIMA (a simplified version of the EIA for public consumption) concludes that the dam project “is viable from the social and environmental point of view” (RIMA, p. 105). 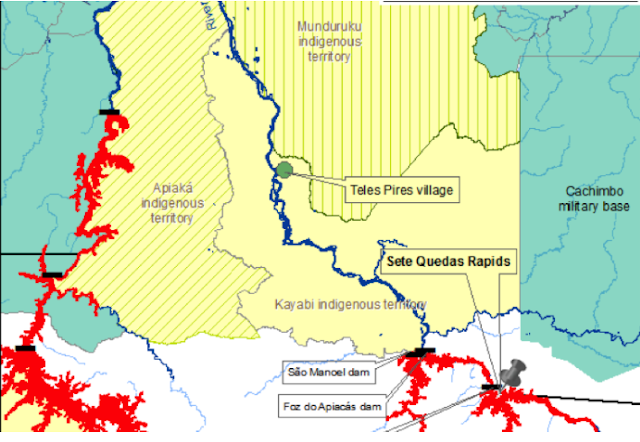 The EIA contains a 23-page list of 337 laws, decrees and regulations that the authors considered to apply to São Manoel (EIA, Vol. 1, Chapter 3, pp. 81-104). Incredibly, the list fails to include the most significant and relevant decree: Decree No. 5051 of 19 April 2004 (see here), which converts International Labor Organization (ILO) Convention 169 into Brazilian law. The convention and decree require that indigenous people “impacted” by projects such as dams be “consulted” and give their free, prior and informed consent to the project. The impacted groups were definitely not consulted (see here). The term “consultation” in ILO-169 means that the people have a say in the decision to build the project in question (see here). This should not be confused with a “public hearing” (audiência pública) where participants can make suggestions (which may or may not be accepted) on mitigation and compensation or minor changes in project design, but not the existence of the project itself (see here).

The licensing and construction of São Manoel have been temporarily halted on various occasions by judicial orders (liminares) on the basis of not having consulted the indigenous people . These orders have repeatedly been reversed by agencies in the government’s executive branch seeking out selected judges who are willing to apply a “security suspension” to overturn the order (see here). The “security suspension” is a device created by Brazil’s 1964-1985 military dictatorship (Law 4348 of 26 June 1964) allowing any judge to overturn a judicial decision that causes “grave damage to the public economy.” This has been expanded and broadened since the end of the dictatorship (Law 8437 of 30 June 1992 and Law 12,016 of 7 August 2009). Since dams are always important for the economy, orders to halt them can easily be overturned regardless of how many laws, constitutional protections or international agreements have been violated (see here, and here). 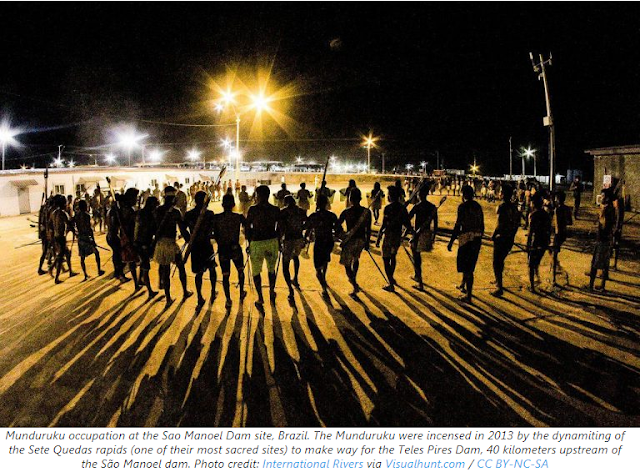 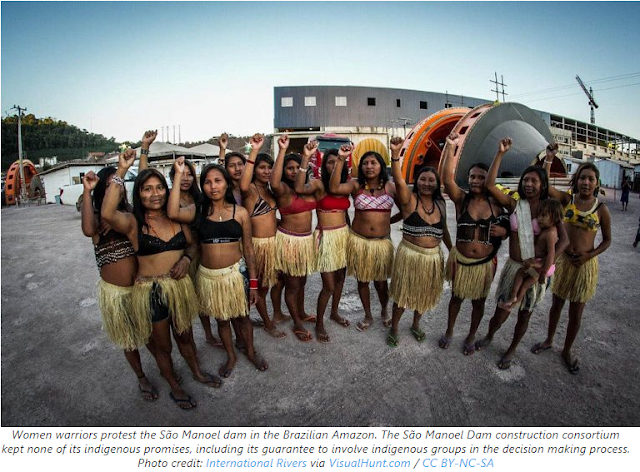 The head of IBAMA’s overriding of the technical staff is part of an unfortunate pattern that began with the Madeira River dams (see here) and was repeated with Belo Monte (see here and here). Political pressure on the Minister of Environment and on IBAMA (which is under that ministry) has proven to be an effective means of obtaining project approval no matter how severe the impacts or how flagrant the licensing irregularities.

In addition, since 2015 the technical staff in IBAMA’s licensing department have come under increasing pressure to approve infrastructure projects and to do it quickly (see here, here and here). In June 2017, the Ministry of Environment changed its policies on granting pay bonuses to the technical staff based on productivity. Previously, staff received bonuses based on the number of technical opinions they produced – a measure apparently intended to speed up their output even if corners were cut in terms of the completeness of the analyses. Now the incentives have been further tilted by giving the bonus only for favorable opinions, not for those recommending against approval of a license (see here). 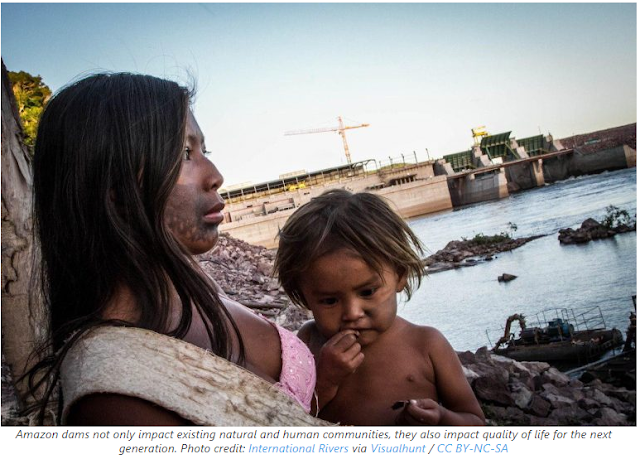 The 25 August 2017 opinion recommending against approval of São Manoel until all preconditions have been met illustrates a recent change in practice: the technical staff no longer signs the technical opinions in order to minimize the risk of prosecution for “bad faith” or being held personally responsible for financial losses to the project proponents. This has been threatened on various occasions by infrastructure builders and government prosecutors, as in the cases of the Santo Antônio, Jirau and Belo Monte dams (see here and here).

São Manoel illustrates yet another worrisome trend. This is the increasing influence of China in Amazon dam building. In 2014, the China Three Gorges company purchased a 33% share of São Manoel (see here). Until its EIA was “archived” in April 2016, China Three Gorges was preparing to bid on the São Luiz do Tapajós dam, which would also flood indigenous land. Currently Zhejiang Electric Power Construction (ZEPC) is reportedly negotiating for a share of the Belo Monte Dam (see here and here). Clearly, Chinese investors are not deterred by the reputational costs of investing in Brazil’s most infamous hydroelectric projects. China’s multiple impacts in Amazonia are rapidly increasing (see here), and investment in dams is likely to continue. 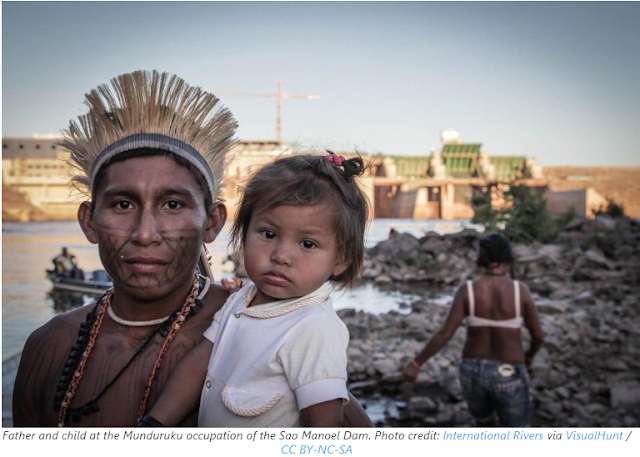 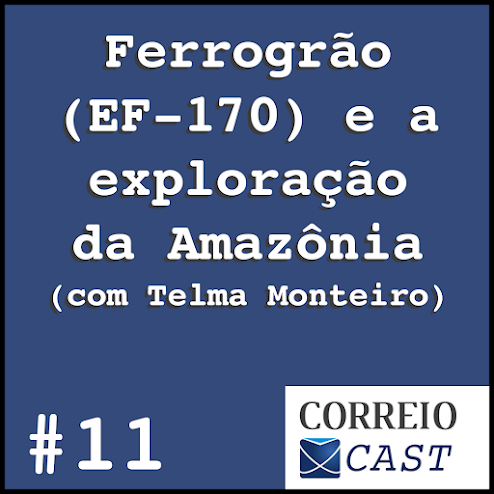